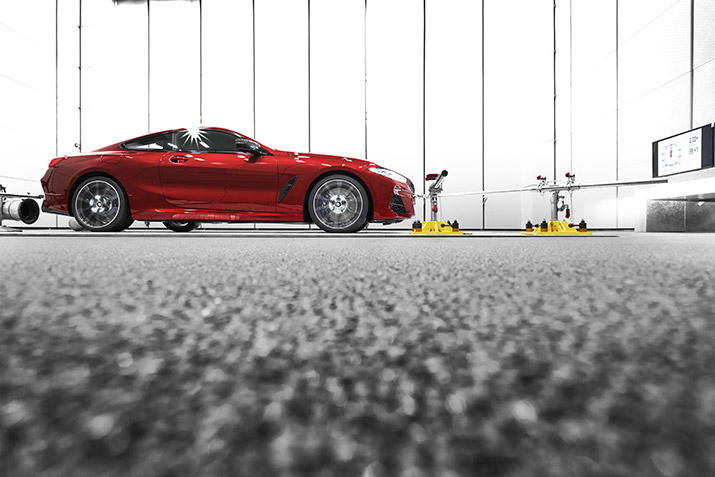 BMW Group Plant Dingolfing has commenced series production of the new BMW 8 Series Coupé, the sports car that will launch the BMW model offensive in the luxury segment. A multitude of digital innovations have been integrated into the production process, including self-driving transport systems and smart devices.

Stefan Schmid, chairman of the Works Council at the Dingolfing location said: “I am proud that we will be producing the new BMW 8 Series Coupé at BMW Group Plant Dingolfing. It will consolidate our position as a centre of competence for the luxury class and secure our site’s future.”

Intelligent lightweight construction, with a clever mix of materials including steel, plastic, aluminium and carbon fibre, is used in the car's body. In addition to the supporting structures at the front and rear of the vehicle, other components, such as the roof, doors, bonnet and the front firewall are made of aluminium.

For the first time in a series production BMW model, the roof is available in carbon-fibre reinforced plastic (CFRP) – which is also manufactured at the Dingolfing location in an innovative wet-pressing process.

Thanks to the BMW production system’s high level of flexibility, it was largely possible to integrate the new BMW 8 Series Coupé into existing production structures. The luxury sports car, which will roll off the assembly line alongside BMW 5 Series and 7 Series models, relies on tried and tested manufacturing processes.

Innovations in the production process.

In parallel with ramp-up of the new BMW 8 Series Coupé, digitalisation of logistics and production processes in Dingolfing continues. For example, in door assembly, parts are delivered to the line by autonomous tugger trains; on the finish line, collaborative robots measure gaps and misalignments.

BMW Group Plant Dingolfing increasingly makes use of wearables, such as mobile computer technologies worn by staff. In addition to the ProGlove smart glove scanner, a so-called “exotics alarm”, for example, will use the vibrating alarm of a smartwatch to alert staff when a car with non-standard equipment is coming up and requires special attention.

Virtual reality (VR) glasses have also been used for the first time in training assembly staff. Specific assembly processes for the BMW 8 Series Coupé were videoed and viewed by employees through VR, enabling them to familiarise themselves with the correct fitment process before production ramped up.